Lest you think that last post was some sort of April Fool's...

But now I poke out my wee noggin to let you know that I am alive and well and relatively busy. Also, I figured I'd update you on my progress on my New Year's resolutions. In a word -- FAIL. Well, except for the golf cart thing. WIN in that category. So, hey, it's not all bad. :)

But, rather unsurprisingly I suppose, I'm not any stronger. In any respect. I have a detailed plan for getting stronger. It's sitting on the table next to the television. Where it's been since January. I still have seven months, right? Hope springs eternal around here.

You know, I really thought the one thing I would be able to do with no problem would be crafting completely selfishly. I mean, if you know me, then you know selfishness is one of my biggest foibles. Well, enter foible number two: Love of praise. Giving beautiful, handmade things away makes people say nice things about you. Apparently I want that more than I want the stuff. Egads, I'm a selfish, needy egomaniac -- but at least I'm a self-aware selfish, needy egomaniac, right? ::facepalm::

So let's skip straight to the show-and-tell, shall we?

I made two more bunny nuggets for birthday pressies: 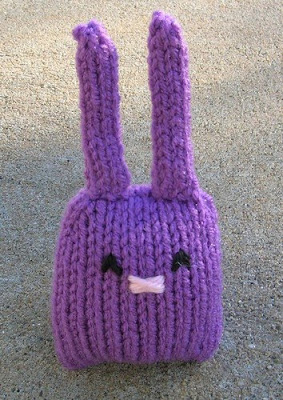 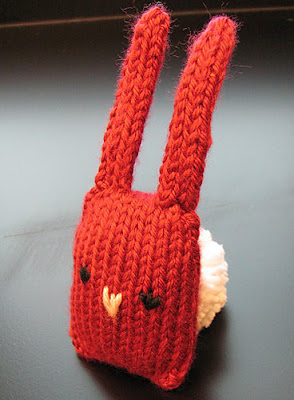 Then I moved on to making lace bookmarks. Gator claimed the purple one for his own.

This one went to Gator's grandmother for Mother's Day: 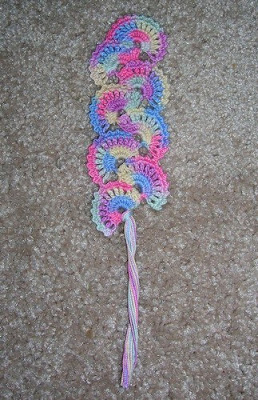 Since then I've been making a variety to sell at the church festival this fall: 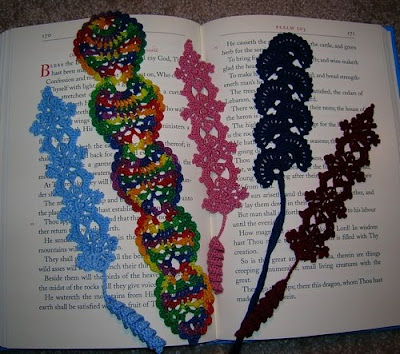 In the middle of all of that, I learned to tie prayer ropes. It's tricky, but once you get into the groove, time kind of flies right by. I used red and black acrylic microfiber yarn for the first one because I thought it would slide more and make it easier to tie the knots. I was wrong. I'm not a huge fan of that one, but Gator is. Then I made the green and blue one from wool. I was a bit surprised that it was easier to work with. I also like it better without the tassel. 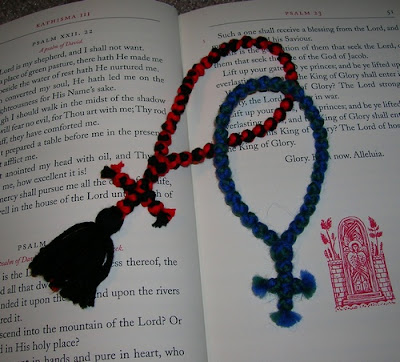 They are commonly all black, but I'm not ready for that level of difficulty. Using two colors really helps keep the strands organized. I especially like that the green and blue knots look like little Earths. :)

I read and viewed several tutorials, but the one I found most helpful was this one:

Yes, the green and blue one is for me. Selfish crafting FTW!!
Posted by Sus at 9:28 PM

Who doesn't like praise:)..I love all the stuff you have made. My favourites are the nuggets..They are soooo cute!!

Oh, my friend! I am so pleased you are not dead!

LOVE the little lacy bookmarks. They are da bomb.

I know what you mean about blogging. I've been having a hard time of it myself.

Word Verification: undental. That's got to mean something.

I'm a very bad blogger. Finally posted on mine, but it had been since November 2010! Yikes. Pretty stuff. My younger daughter likes making bunny nuggets. All the bookmarks are pretty! Makes me wish I knew how to crochet! I sort of know how, but it's not as easy as knitting, since I hardly ever do it.

Glad to know you're alive and well. Maybe if you didn't read blogs in the reader, you'd be inclined to visit and read because you'd wonder? I read an interesting blog post a few months back that said about that. This gal who used to blog regularly, started reading everything in blogger and therefore quit blogging and quit visiting. She said reeder's are killing blogging.

Love the fan bookbook. I want one now.