It was another uneventful week in the lab (except for that annoying yeast infection in all my cell cultures, but I really hope I have that under control) and another fun and busy weekend -- thus insuring that I will not become a dull girl because of all work and no play.

Friday night I went with Veronica, Rachel, and Rachel's family to the Lakefront Brewery tour and then for a fish fry. Rachel's son brought a date for me -- a giant stuffed alligator to stand in for Gator, my DH. He was quite the star of the tour, too! He loved posing with me: 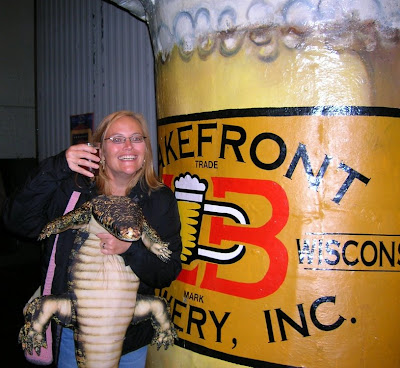 We had a ball. Rachel's kids have taken to calling V, Anne and I their "Crazy Aunts", which I absolutely adore. I try to live up to this as much as I can!! Plus, there's nothing like chasing 8- and 11-year-old boys down the street so you can hug them good-bye and give them cooties! Hee!!

Saturday was Party On The Pavement and Art Walk in Racine, WI. I went down with my neighbor and we had a great time. First we walked around part of the residential area down by the lakefront. At Gateway Technical College there stands the first statue erected of Abraham and Mary Todd Lincoln portrayed together: 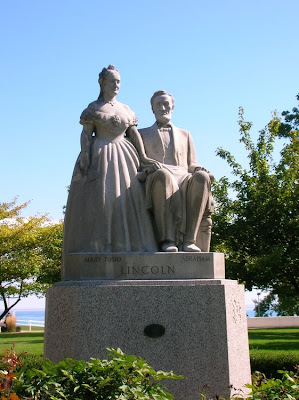 We strolled past the Hardy House, a Frank Lloyd Wright original: 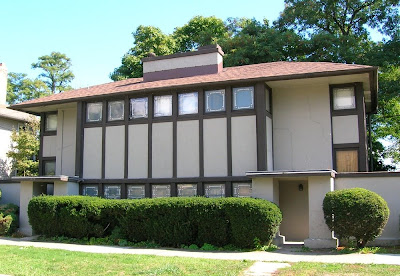 This crazy pink Victorian explosion was the second house in as many blocks to have a sawed-off classic Milwaukee Harp Street Lamp in the front yard. I love these lamps. Apparently there is a way I can get my own one day. That is good to know. 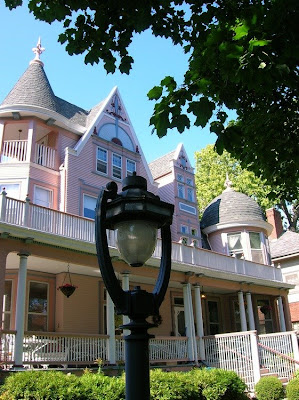 I love the cool facades found on many Masonic Temples: 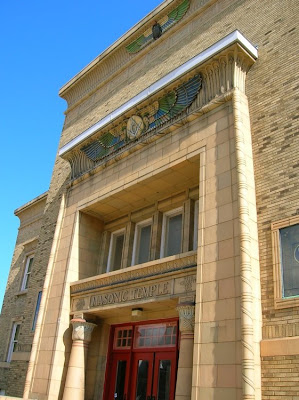 It was a gorgeous day for October -- the sky and the lake were clear and beautiful! 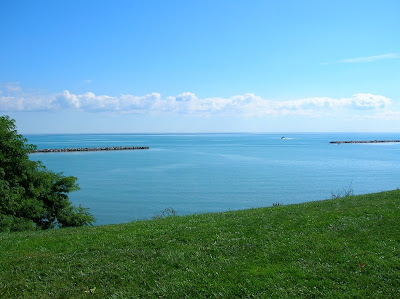 Soon, we headed to the festival. There was awesome Spanish food and tasty beverages and quite a crowd down at Monument Square: 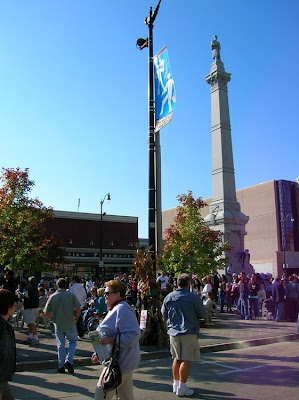 Most importantly, this crowd included Chewbacca!!! And he spoke Shyriiwook fairly well! 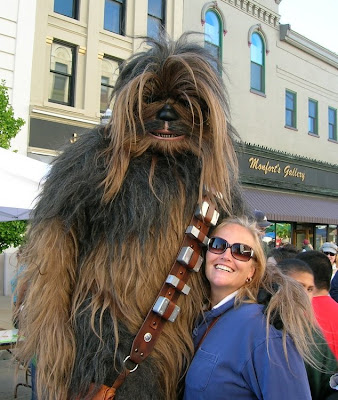 Yes, that was pretty much the highlight of this dork's day! :)

We only got to enjoy a little bit of the festival nightlife before we had to catch the last bus back to Beer Town: 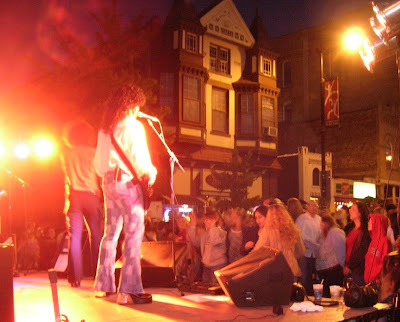 Back home, I listened to the Brewers beat Philly only to listen to them lose today and end their season. It was sad, but I'm glad we didn't get swept in the series and at least had one post-season win. At least that's something.

After the Brewers lost I watched the play-by-play internet coverage of the Broncos game, which they won. Apparently the Brewers and Broncos are not allowed to win on the same day. I hope this means smooth sailing for the Broncos here on out.

It's been cool but pretty up here lately, but today it's been nothing but rain all day. I'm glad I got my partying in when I did. I fear it's the last festival of the year. :(

I never tire of seeing Lake Michigan. Even in photos, it's calming and inviting -- I could admire it for hours.

Sounds like you had a great weekend, except for the Brewers losing thing...though my dh is excited that his Phillies are going on. Sort of a crummy weekend for Wisconsin sports all around, though...

When I was stationed in Great Lakes, Il, I used to love going out onto one of the jetties on Lake Michigan and reading. We weren't supposed to be out that far, but I went anyway. I was lucky and didn't get caught.